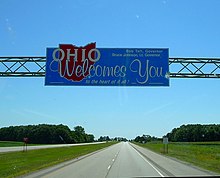 Welcome to Ohio... Just Don't Rely on an Ohio Legacy Trust to Protect Your Assets!

In December 2012, Ohio passed legislation making it the most recent state to jump on the domestic asset protection trust (“DAPT”) bandwagon.  Expected to be signed by the governor next month, Ohio’s new law will create the “legacy trust” with asset-protective provisions favoring the use of trustees and banks in Ohio.  However, as with DAPT legislation in other states, caveat emptor is the guiding principle here.  Clients utilizing Ohio legacy trusts for asset protection purposes are likely to be sorely disappointed with their promised efficacy, and their attorneys could face professional malpractice liability for recommending the Ohio legacy trust as an asset protection planning device.

To understand why DAPTs such as the Ohio legacy trust are destined to fail, it is important to consider the general criticism leveled at DAPTs since Alaska first brought forth its groundbreaking DAPT legislation many years ago.  The most profound weakness of a DAPT is that the Full Faith and Credit Clause of the U.S. Constitution obligates a state court to recognize and enforce the judgments granted by another state’s court.  An Ohio court would not be able to refer to protective provisions of the Ohio legacy trust law in the face of another state’s judgment that a transfer to the legacy trust was a fraud on creditors by the trust settlor or the trustee.

In the face of this criticism, many legal commentators have considered that DAPT laws in states such as Nevada, Alaska, or Delaware would only protect residents of those respective states.  For example, if a resident of Illinois settled an Ohio legacy trust, an Illinois court could nevertheless ignore Ohio law and grant a judgment against the trustee or the trust assets under Illinois law.  In comparison, some lawyers theorize that an Ohio resident settling an Ohio legacy trust would not be less likely to suffer a judgment from a non-Ohio court.

Yet, we all know how easy it is for an out-of-state creditor to obtain diversity jurisdiction against an Ohio resident in Federal court.  A number of analysts are convinced that the Ohio legacy trust law can therefore only protect assets of (i) an Ohio resident against (ii) an Ohio-resident creditor where (iii) both the trustee and the trust assets are uniquely situated in Ohio.  Threading this needle strains credulity.

No Protection in Bankruptcy

Even assuming the perfect set of facts by which the Full Faith and Credit Clause might not be invoked in a creditor action, recent rulings in Alaska and Hawaii show just how vulnerable DAPTs are to bankruptcy.  (See Battley v. Mortensen, Adv. D.Alaska, No. A09-90036-DMD, May 26, 2011; In re Zukerkorn, 2012 WL 6608887 (9th Cir.BAP (Cal.), Dec. 19, 2012)).   In the United States, bankruptcy is a Federal law; while each state has its own insolvency and receivership statutes, bankruptcy is strictly a matter of Federal law.  Section 548(e) of the Bankruptcy Act includes a 10-year clawback for assets transferred by the bankrupt settlor into a spendthrift trust.  Ten years is a very long time to wait and obtain certainty regarding the protection of one’s assets.

As far as protecting trust assets from the settlor’s creditors, there simply is no substitute under domestic law for the foreign asset protection trust (“FAPT”).  Let’s list out the advantages:

Those attorneys who are familiar with our approach to asset protection understand that we favor the approach that utilizes domestic planning whenever possible.  We only recommend going offshore when the same result cannot be obtained under domestic law. Unfortunately for even Ohio residents, the Ohio legacy trust law simply does not work, nor do the DAPT laws in any of the other 12 states that offer them.  We are great fans of Ohio’s LLC law and believe that Ohio attorneys and their clients would be better served using an Ohio LLC in combination with an FAPT “member” of the Ohio LLC.  It produces a superior result to the Ohio legacy trust.

For more information on the Alaska and Hawaii rulings, or to learn about how you can better protect assets with an FAPT, please visit our “Contact” page and drop us a line!

This website uses cookies to improve your experience while you navigate through the website. Out of these, the cookies that are categorized as necessary are stored on your browser as they are essential for the working of basic functionalities of the website. We also use third-party cookies that help us analyze and understand how you use this website. These cookies will be stored in your browser only with your consent. You also have the option to opt-out of these cookies. But opting out of some of these cookies may affect your browsing experience.
Necessary Always Enabled
Necessary cookies are absolutely essential for the website to function properly. These cookies ensure basic functionalities and security features of the website, anonymously.
Functional
Functional cookies help to perform certain functionalities like sharing the content of the website on social media platforms, collect feedbacks, and other third-party features.
Performance
Performance cookies are used to understand and analyze the key performance indexes of the website which helps in delivering a better user experience for the visitors.
Analytics
Analytical cookies are used to understand how visitors interact with the website. These cookies help provide information on metrics the number of visitors, bounce rate, traffic source, etc.
Advertisement
Advertisement cookies are used to provide visitors with relevant ads and marketing campaigns. These cookies track visitors across websites and collect information to provide customized ads.
Others
Other uncategorized cookies are those that are being analyzed and have not been classified into a category as yet.
SAVE & ACCEPT